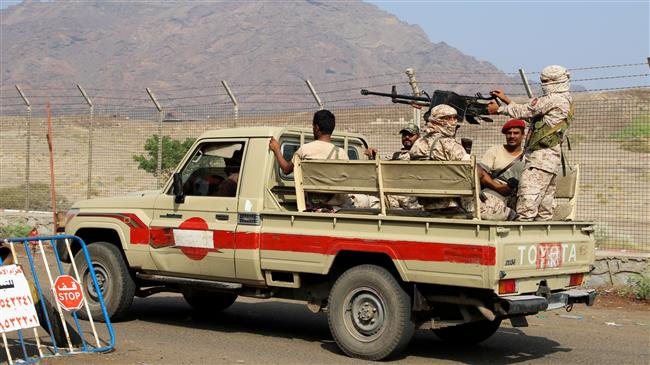 United Nations Special Envoy for Yemen Martin Griffiths says the warring parties in the impoverished Arab country have made “significant progress” toward agreement on a nationwide ceasefire.

“We have seen significant progress on these negotiations, in particular with respect to the national, nationwide ceasefire,” Griffiths told the 15-member Security Council on Thursday.

“However, the ceasefire is part of the broader package that needs to be agreed in full. And differences remain on some of the humanitarian and economic measures in that package,” he added.

Griffiths said those humanitarian and economic measures were also needed to combat coronavirus, “which is spreading at an unknown rate, given very low levels of testing.”

The Yemeni Health Ministry on Thursday announced 15 new infections by COVID-19, raising to 85 the total number of confirmed cases in the war-ravaged country.

The ministry said in a brief statement that 12 patients have so far died from the virus, while only one person has recovered.

Meanwhile, Saudi-led fighter jets carried out seven airstrikes against al-Qaniyeh area in the central Yemeni province of Bayda on Thursday, but there were no immediate reports about possible casualties or the extent of damage caused.

Saudi-led reconnaissance aircraft were also seen flying in the skies over various areas in Yemen’s southern coastal province of Hudaydah.

Saudi Arabia and a number of its regional allies launched the devastating war on Yemen in March 2015 in order to bring former president, Abd Rabbuh Mansur Hadi, back to power and crush the Houthi Ansarullah movement.

At least 80 percent of the 28 million-strong population is also reliant on aid to survive in what the United Nations has called the world’s worst humanitarian crisis.