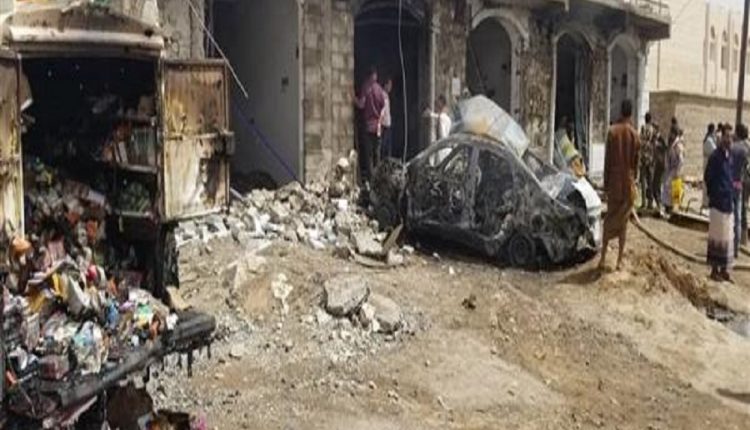 At least 10 people were killed or injured on Sunday when an explosive device targeted a civilian vehicle in Marib city, southeast Yemen.

Five civilians were killed while five others sustained injuries as a result of detonating an explosive device while Thiab Ali Amer al-Muradi’s car was passing on the main road connecting Safer district and Bin Ma’li station, the source reported.

Among the deaths are two Somalis and a citizen from Rayma governorate while a woman and a five-year-old child are said to have sustained various injuries, the sources added.

The occupied city of Marib suffers from multiple terrorist operations, especially after elements of the so-called Al-Qaeda organization from Bayda, Abyan and Hadramout governorates flocked to the city to fight in the ranks of the Saudi American aggression.