A recent Infographic posted by the Legal Center for Rights and Development (LCRD), revealed the statistics of the civil losses suffered by Yemen during the 1900 days of ongoing aggression and siege waged by the Saudi-led coalition of aggression and backed by the US and UK.

The Infographic published by (LCRD) indicated that 42,751 civilians were killed or wounded during Saudi bombardments, especially airstrikes, which have killed 16,672 civilians, including 3742 children, 2364 women and 10566 men.

The report revealed how far the damage was to the infrastructure as a result of the Saudi aggression, explaining that the facilities that were targeted by the coalition of aggression were: 15 airports, 16 ports, 300 electrical stations and generators, 525 networks and communication stations, 2067 water tanks and water networks, 1951 government buildings, 3969 roads and bridges. 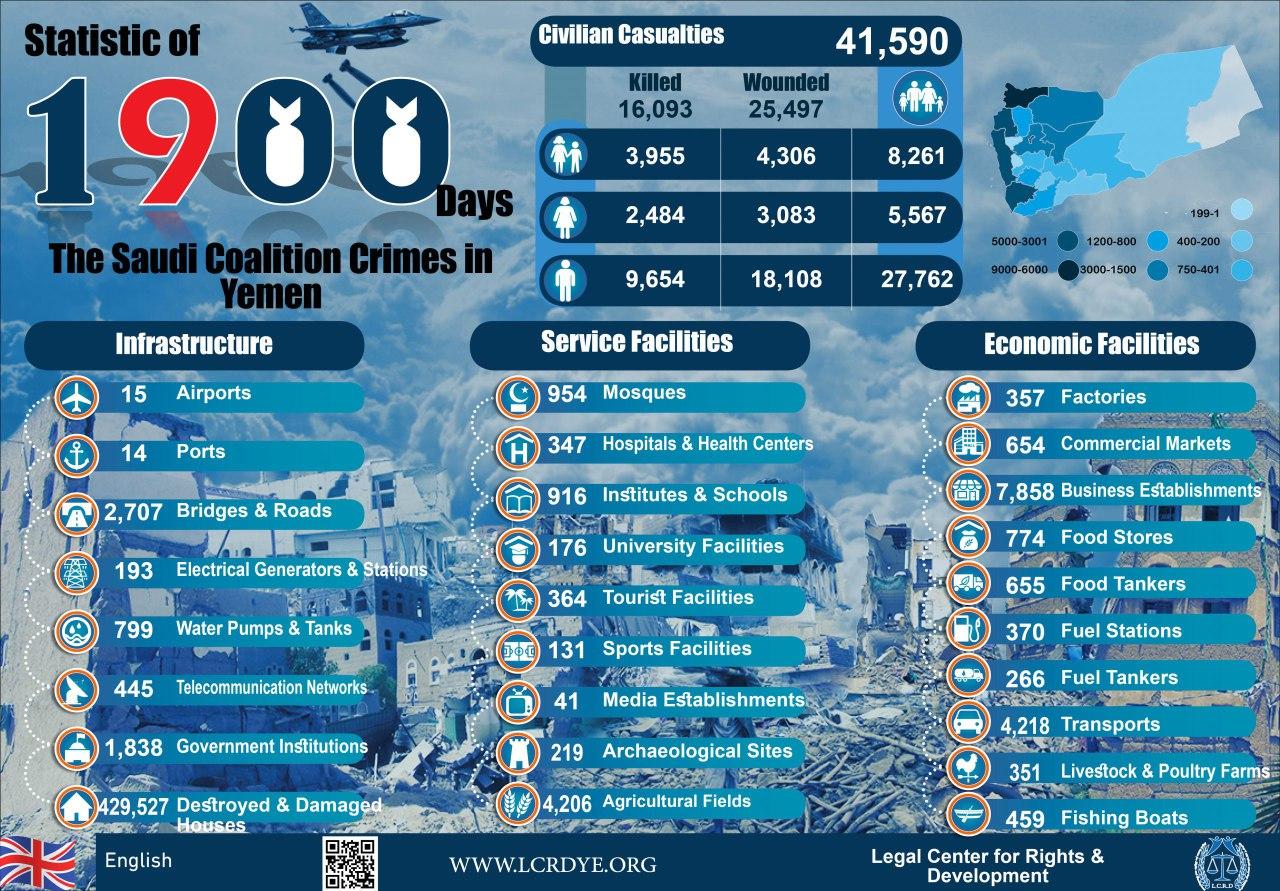 June/11: An Update of the Saudi Crimes,Violations in Yemen

Yemen’s Military Spokesman: 205 Airstrikes, 10 Offensive Attacks in the Past Week