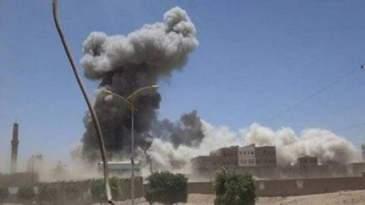 Saudi-led coalition forces continued to breach the Sweden ceasefire agreement in Hodeidah governorate, committing 105 violations during the past 24 hours.

The violations included the flight of five warplanes of the coalition in the airspace of Hays and al-Tuhita districts, al-Faza and Kilo 16 areas and the 50th Street, according to sources in the Liaison and Coordination Officers’ Operations Room to monitor the violations in the governorate.

The source added that the violations also included the flying of two spy aircraft in the atmosphere of al-Tuhita, in addition to 17 breaches by missile and artillery bombardment and 76 breaches using different firearms.

450 US, British soldiers in Aden, 3,000 others to arrive later: Lebanese newspaper