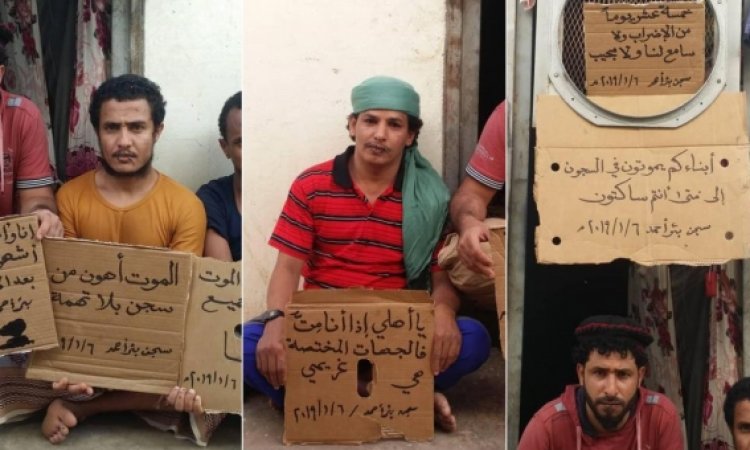 In a report released on Thursday, the HRW called on the STC to urgently address the inhumane detention conditions and release those detained arbitrarily.

Detainees in a detention center in Aden face serious health risks from the rapidly spreading of the coronavirus, Human Rights Watch said.
The organization noted that Bir Ahmed prison is an informal and overcrowded detention centre in a military camp controlled by the UAE-backed Southern Transitional Council.

The organization quoted relatives of five detainees as saying that in April, the detention centre authorities transferred 44 detainees to a room not exceeding 10 square meters, where four people had previously been detained.

The detainees lack masks, gloves, and hygiene products to protect themselves from Covid-19, and basic healthcare services, the HRW said.

It called on the authorities to take immediate steps to ease the extreme overcrowding and reduce the risk from the virus, starting by releasing those held without charge or for exercising their basic rights.

The Aden authorities should end the numerous human rights violations involving the trapping detainees in a very narrow area during the coronavirus outbreak, and the release of people who have not been charged or who are not in danger,” he added.