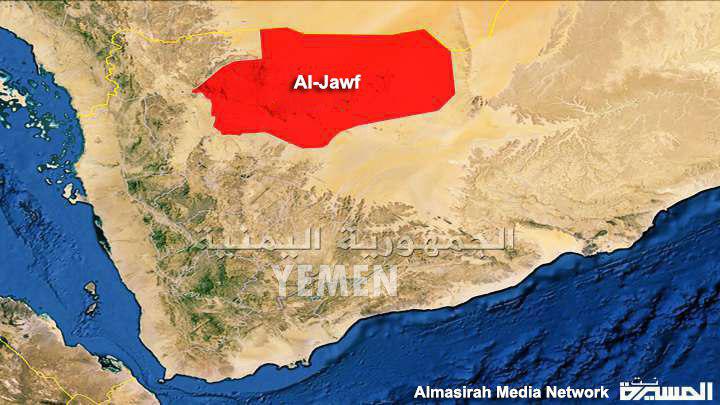 A spokesman for the Ministry of Public Health and Population, Dr. Yusef Al-Hadhri, said that nearly 30 people were killed and more wounded, among them women and children, as a preliminary result of the US-Saudi airstrike on Al-Masloub district, Al-Jawf Governorate.

Al-Hadhri told Almasirah TV that the air force of the aggression prevented the recovery of the bodies of the victims and the rescue of citizens wounded. He pointed out that the US-Saudi aggression targeted the citizens in the place of the falling warplane that was shot down by the Yemeni Air Defenses on Friday evening. The aggression, as well, targeted the homes of the citizens near the targeted place, indicating that a number of victims are still under the rubble of their destroyed homes. He stressed that the number can increase.

In turn, the advisor of the Ministry of Human Rights affirmed that what the aggression carried out today in Al- Jawf is the deliberate targeting of citizens, paramedics and homes.

Dozens of citizens were killed and injured Saturday, by eight air raids of the US-Saudi aggression that targeted citizens in Al-Masloub District, in Al-Jawf.

Air Defenses of the Yemeni Army and Popular Committees shot down a Tornado aircraft while carrying out hostilities in the sky of Al-Jawf Governorate, on Friday night.