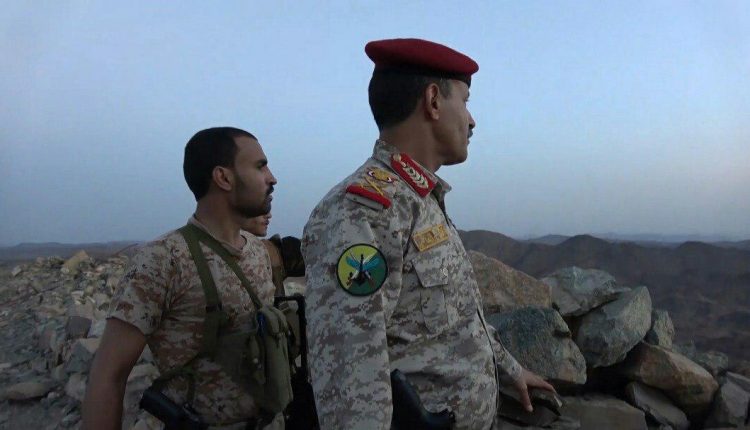 The recent victories of the Yemeni army and popular committees, east of the capital Sanaa, have undermined the plans that were being prepared for Yemen. They also prevented the Saudi coalition from pinpointing any map of Yemen according to its wishes and greed.

Once again, Sanaa imposed itself as the major decision-maker regarding the fate of Yemen in cooperation with other components. The control of Marib governorate by Sanaa forces attracted the attention of “enemies” and those interested in Yemeni affairs as they wonder about the former’s next destination.

The Saudi aggression forces are mainly wary of losing the sites they occupied last year in Hodeidah governorate. These forces have taken proactive steps, such as sending military and political reinforcements. The political reinforcement refers to withdrawing their delegates from the UN Monitoring Committee emanating from the “Sweden Agreement.” Such a move is meant to put the UN under greater pressure to provide more guarantees in anticipation of military actions that Sanaa may operate.

This was acknowledged earlier by Hadi’s advisor, Ahmed Obaid bin Dagher, who confirmed that the defeat in the upcoming days will be even greater.

“We will all witness a terrible historical defeat,” he said.

He explained that a number of factors will lead to the eventual defeat, of which is the division between the coalition forces and Ansarullah obtaining the means and factors resulting in daily progress.

A British scheme had been prepared to divide Yemen into four regions, according to the military control of the local forces (de facto forces), Al-Akhbar reported. However, the true aim of these regions is to restrict Ansarullah in one region and limit their advancement to the other regions.

The division of Yemen into four territories come as follows:

Two territories in the south: the first, the western governorates, which are Aden, Lahj, Abyan, and Dalea, are controlled by the Southern Transitional Council Party, backed by the UAE.

Second, the eastern governorates, which are Shabwa, Hadramawt and Mahra, to be under the control of the “Yemeni Assembly of Al-Islah” (“Muslim Brotherhood” party in Yemen). This is with the consideration of the Omani interests in Mahra and the interests of the UAE in Socotra.

Two territories in the northern governorates: The first, which includes the governorates of the so-called “North of the North”, are to be controlled by Ansarullah. Meanwhile, the second includes the governorates of Taiz, Marib, Al-Jawf, and the occupied parts of Al-Hodeidah, to be controlled by the “General People’s Congress”.General People’s Congress is supported by the UAE and led by Tariq Saleh, while “Al-Islah” party will maintain the areas that are considered to be under its control.

The British plot was preparing to divide Yemen into four territories:

On this basis, Abu Dhabi was striving to expand its influence in these areas, and it succeeded in imposing a number of military leaders in the military formations of the so-called “legitimacy.”

However, the victories achieved by the Yemeni army in Nehm district and the governorates of Al-Jawf and Ma’rib have undermined the scheme.  While Al-Islah lost two important governorates, Ma’rib and Al-Jawf, the General People’s Congress party – affiliated with Riyadh and Abu Dhabi – lost all hope of presence in the northern governorates. This is with the exception of Mocha city, west of Taiz, and limited areas in Al Hudaydah governorate.

Since the Yemeni army and popular committees took over Al-Jawf governorate, the coalition allies began focusing their efforts on the governorates of eastern Yemen (Shabwa, Hadhramaut, Al-Mahrah and Socotra).

The “Islah” party affiliated with the Hadi government is transporting military, logistical and financial supplies from the city of Marib to these governorates as a safe haven, while senior officials, leaders and close businessmen and their families fled to the city of Sayun in Hadramawt valley in fear of the city falling.

Al-Islah’s focus on Sayun is due to the fact that its airport is allowed to operate flights abroad, in addition to Aden Airport. However, “Al-Islah” is losing its reputation in Mukalla, Hadhramaut Governorate, which still maintains a broad popular base for the “Southern Movement” with all its factions.

However, the “The First Division” affiliated with the Saudi “National Army” forces and “Al-Islah” has been expanding in the valley with its headquarters located in Sayun.

In the context of enhancing political attendance, Vice President Hadi, General Ali Mohsen Al-Ahmar, who is considered the political and military leader of “Al-Islah”, visited Hadramout valley last week and held meetings with political, military and social activities in the region.

“Al-Islah” benefits from the different positions of its leaders, who are loyal to the Gulf states, especially Saudi Arabia and Qatar, despite the strong rivalry between the two countries. The Kingdom of Saudi Arabia provides full support for the military brigades loyal to “Al-Islah” that are fighting within the “legal” formations.

The party benefits from a network of regional interests that brings together Qatar and the Sultanate of Oman, and the latter allows the leaders of “Al-Islah”, backed by Qatar and Turkey, to take the Sultanate as their headquarters.

Muscat provides the large cadres and leaders a wide area of movement to and from the eastern Yemeni governorates, where these leaders hold tribal alliances. The most prominent of which is with the tribal leader in Al Mahrah Governorate, Ali Salem Al-Harizi, who leads a peaceful protest movement in the face of the Saudi occupation of the governorate.

Among the most prominent “Al-Islah” officials in Muscat, Hammoud al-Mikhlafi, is the leader of the “Taiz resistance” militia. He is still working on establishing military-funded formations from Qatar in central Taiz governorate.

In the event that Sanaa controls the city of Marib, “Al-Islah” would lose the most important economic resource, which is the exclusivity of the oil and gas fields. However, “Al-Islah” will not lose all of its economic and financial resources.